While some website hosting companies may claim that they host many sites for web developers, DiscountASP.NET has always maintained a large majority of developers in our customer base.

This post is based on our customer survey conducted in October 2013 and focuses on our U.S.-based customers. For the survey, we received a total of 644 responses, representing about 5% of total U.S. clients. 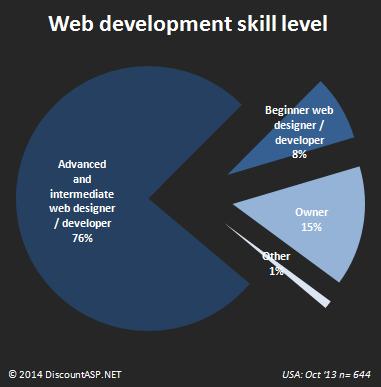 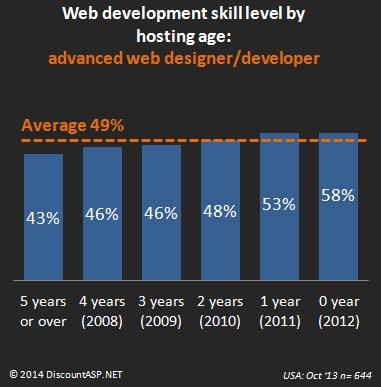 It is great to see that all of our efforts to stay on top of new technologies as they are released is attracting developers to DiscountASP.NET.