I generally stick to writing technical stuff and shy away from industry related, opinion posts. But, between the feedback we have been getting from customers, and the recent whitepapers our research team has been publicly releasing, I thought if there was ever a time to do one of these, it is now.

Just as with every consumer electronics device that is released, the reviewers will soon start to compare the Windows Phones to other similar devices, evaluate its position in the marketplace, and make their recommendations and critiques. This is important and a large part of the story, but I don’t think it’s the whole story. 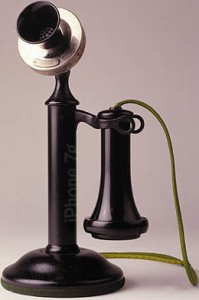 What isn’t visible when you pick up a phone and play with it, is how powerful the software running on it is, and the developer base that comes along with it. Silverlight adoption is strong. In addition to computers and the Xbox, you can even see it being used at gas station pumps and in new cars. Given the low barrier to entry when coming from a .NET background, as demand further grows, even more developers will add Silverlight to their toolbox.

The developer base directly impacts how compelling an offering the Phones will actually have. Each developer base has its strengths. For example, the Apple crowd is fantastic when it comes to industrial design and creating user-friendly interfaces. The mind set of fun, cool, gadgets and software are really reflected when you look at the kinds of applications that are popular on this list.

Our geeks however, are serious – and serious all the time. While I’m sure we will have our share of novelty software, I think it’s a safe bet that some very interesting applications will come to life.  It’s this serious attitude and proficiency in writing data driven applications that will play a big role in the overall tone of the applications that are available.

So while the phones themselves are indeed important. And while I admit they are probably the most important part of the equation, I think it’s important to look beyond the phone and see the power of hosted web services and a developer base capable of harnessing them into their applications.

To put this into perspective for the non-developers reading this, there are several people in this office that could, within a day, re-purpose some internal software and write an application to stop over 40,000 web sites dead every time they reached a red light in their car, then start them back up again when the light turned green. Or how about translating the text on those sites into the predominant language spoken in the restaurant we go to for lunch?

While these examples are useless and silly, I use them to illustrate how powerful the software stack is, and to point out what the average .NET developer is capable of.