A lot of individuals and businesses have legitimate reasons to send out large amounts of email. We understand that, but we still maintain a relatively small quota for mass email (1,000 per hour, 5,000 maximum per day). So a question we often hear is “What’s up with that, you stingy, mail quota having so-and-so?”

Here’s what’s up with that 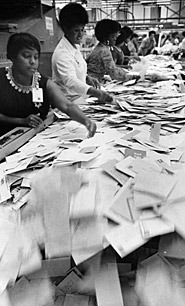 There are a few reasons for the quotas. First, our email servers and gateways serve tens of thousands of users with hundreds of thousands of email accounts. If we didn’t have an hourly limit we would run into severe bottlenecks that would degrade service for everyone. Imagine a mere 40 or 50 users each dumping 10,000 messages into the queues at the same time. Your single email to a client somewhere would have to wait for hours to be delivered behind an avalanche like that.

You might reasonably suggest, “Hey, if that’s the case, just add more servers!” But every network has limits. We could add a thousand email servers, but there would still be a theoretical choke point at the network level. If it was simply a question of adding more servers, email giants like Google and Yahoo wouldn’t have sending limits. But they do, for more or less the same reasons we do.

Then there is spam. We have very stringent fraudulent account prevention measures in place. But occasionally a bad apple does slink through. Typically within minutes of the account being set up, email starts to flow. Spam email. Our rate limiters kick in and say, “Hold on there, sport, you can’t do that,” and we avoid allowing a large amount of spam to escape. 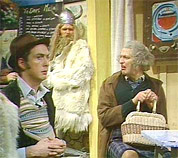 That’s important because when a large amount of spam escapes, very bad things happen, including the blacklisting of mail and mail gateway servers. Blacklists effectively cut off a server from delivering to the outside world. Different blacklists have different effects, and some are worse than others, but none of them are good.

We have a pretty speedy team here that takes care of blacklisting, but there is still a negative impact on email service for those servers while we get them de-listed. And as any farmer can tell you, it’s better to close the barn door before the cows get out and run wild. If cows can run wild. I think they can, according to old cowboy movies.

Finally, there is something called server reputation. This is an important thing. When you set up a new email server with a new IP address, the big recipients (Google, Yahoo, AOL, large ISPs) all see messages coming from a new IP and say, “I’ve never seen that server before, let’s make sure this is legit,” so they pay very close attention to the messages.

The better the server’s reputation, the less likely that legitimate messages will wind up in a recipient’s junk, trash or spam folder. But even a server with a very good reputation can be penalized by one large spam incident, so you can see why it’s important to protect that reputation.

So in a nutshell

Our primary goal is a seamless and trouble free service for every one of our users. Sometimes providing that experience comes at the expense of allowing certain things. Mass emailing is one of those things. So if you have a need to send out a large amount of mail on a regular basis, we recommend using a third-party mailing service. There are a lot of them out there, from commercial web-interface services like Constant Contact, to API-based services geared more toward developers, like Mailgun and SendGrid.

One thought on “Why we have mass emailing policies in place”