Earlier in February I attended Oversee.net’s 8th annual 2013 WebFest Global conference (formerly DomainFest). I’ve been going to this conference every year since it started and over the past couple years I noticed that the audience numbers have been declining and the event itself has been becoming less relevant. I have many observations and thoughts to share with you.

Oversee.net is one the largest providers of domain parking services with the subsidiary company known as DomainSponsor.com.  Since Oversee.net started this conference, it was one of the important conferences for domainers to attend. The speakers brought new insight into the domain business and the business of monetizing domains and the networking was excellent.

However, over the last few years the domain business has changed and you can see part of the result in the renaming of the conference itself from DomainFest to WebFest. The change reflects a change of focus from domains to web sites and that is part of the reason that the conference is not drawing the domainers in mass anymore.

This year’s conference was officially opened by Debra Domeyer who is now the CEO of Oversee.net.  In her opening remarks, she emphasized the importance of the mobile web in today’s growth of Internet traffic.  Based on all traffic to the Oversee.net network properties, Domeyer observed mobile traffic increased from an average of 12% in the beginning of 2012 to an average of 18% by the end of 2012.

Domeyer also reported seeing mobile traffic hit a record high of 27% in December 2012 on some properties.  She projected that mobile traffic could reach close to 40% by the end of 2013. That is why some of the content of the conference was focused on the mobile web. 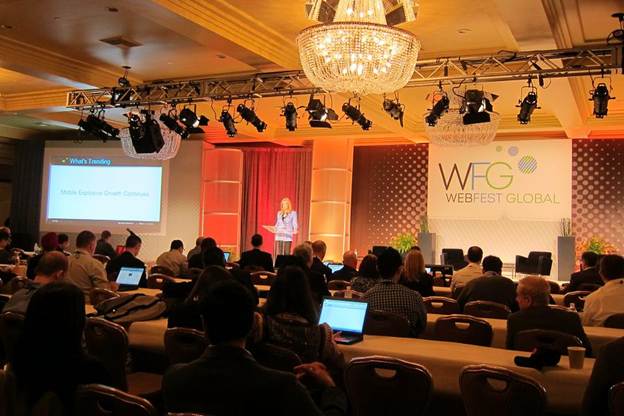 Oversee.net had some unexpected keynoters.  For example, they had a fireside chat with Kim Kardashian. Unfortunately pictures were not permitted during Kim Kardashian’s fireside chat so I couldn’t document it, but Kim shared her early entrepreneurial work and the way she has been leveraging social media to expand her and her sibling’s online businesses.

Kim also shared that she is now interested in a new type of social media platform known as Keek.com, a Canadian-based social network for short videos of up to 36 seconds. Of all social media platforms Kardashian has used, she told the audience that Facebook was the most effective for getting a message out to her fans and to potential buyers/customers.

With the exception of the mobile industry panelists, there were actually not many new panelists at this year’s conference as I had heard most of the panelists speak in previous years. But the workshop conducted by Tim Ash has always been one of my favorites.

Ash is one the world’s leading experts in Landing Page Optimization. Do yourself a favor if you are interested in this topic and do a search for Tim Ash in your favorite search engine and check out any of his material that you can find. It’s all good stuff and there is too much for me to write about it here.

In my opinion, I would not consider the mobile industry panelists as “experts in their field” since much of the discussion is still at the early stages of mobile web development.  Those “experts” have very limited data and ideas to share and none of the discussion really related to the domain business.

The dynamics of the domain industry are changing and people are adapting. One of the newest trends coming out of this year’s conference was that more domainers have been developing websites than using monetized parked pages. And interestingly, instead of developing hundreds or thousands of websites, domainers are working on monetizing only a few sites with good domain names which is completely different from their past strategy where domainers monetized thousands of domains using parked pages. It’s gone full circle back to what most website owners have been trying to do for years.

For example, during the first day panel on “Domain Monetization Options Beyond Parking” the panelists said that having only a few sites to work on will help domainers to focus and by using good domains they could generate more money by targeting. And they also said that good content quality will also help to get Google search engine to like their site because it is more relevant.  It would seem that the domainers have come full circle.

Another important trend was that with so many new gTLDs (e.g.; .web, .shop, etc.) coming into the market in 2013 and beyond, experts believe that those new gTLDs will only make the .com domains more valuable than ever.  As more new gTLDs will be saturating the market, some domainers have predicted that the value of .com domains could quadruple in the next few years. Hold on to your good domains, if this turns out to be true.

Finally, this conference has always been known for their parties, and one of my favorite nights of this year’s conference was spending time dining under the wing of space shuttle Endeavour at the California Science Center.  With great food, drinks, and live music, attendees were able to chat with and listen to stories from a real astronaut, Garrett Reisman. Pretty cool. 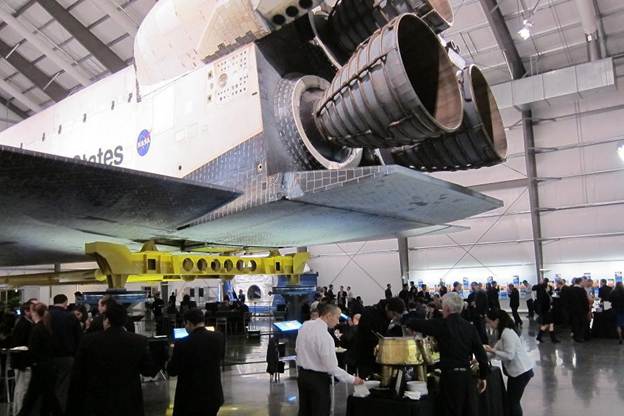 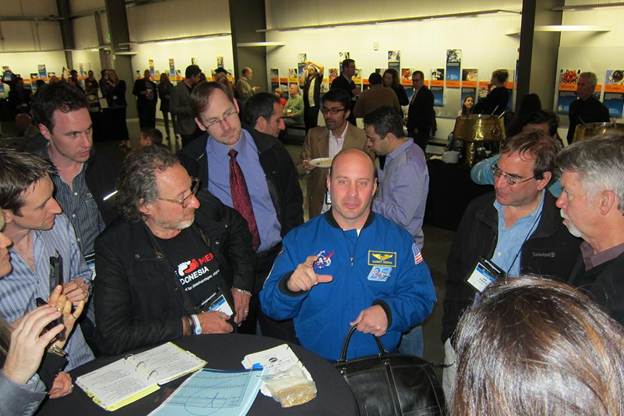 Will I go next year for the 9th year? It’s going to depend on the agenda and speakers. We’ll see.