As some of you may know, Microsoft released version 1.0 of Visual Studio LightSwitch 2011. In a nutshell, its a development tool that allows you to easily build business applications. What does that mean in non-marketing terms? Think of Microsoft Access of old. You could click, drag, tab, and wizard your way into building  an application. Only this time, everything is compiled into a Silverlight application for you. Yes, you could customize the application and write code as well, but my question to you is…would you want to? 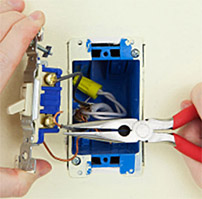 As an initial test, I downloaded the bits, built a phone book application and deployed it. This whole process took me all of 30 minutes without reading a single article or watching a video. Granted, it’s a silly example, but the point is, with 30 minutes of time invested, I have an application hosted that’s accessible from anywhere, backed by SQL server, and can be used by multiple users at the same time. Doing it a second time around, I could probably do it in 10 minutes. That makes for a pretty compelling story for any development tool.

Looking at the other side of the wall, we don’t live in a world of phone book apps. The more complex the application, the more you have to dig under the abstraction that LightSwitch provides and get your hands dirty, the more some may question its usefulness. There is a huge grey area in between. How much of that grey area LightSwitch can effectively address will ultimately decide how successful of a product it is. And the final judge of that success is you.

So I want to know what you think. Do you plan on hosting a Visual Studio LightSwitch application? Do you have a wish list of applications that you would have liked to have built, but didn’t think they were worthy of building out a full blown web project for? Are you of the opinion that “real developers” build all applications, no matter how trivial, by hand in assembler? Or…do you think the world has gotten too complicated and want to see more stuff that will make life easier?

There is a comments section below. Use it, let me know your thoughts. In fact, feel free to fight it out this time.

3 thoughts on “Visual Studio LightSwitch 2011 and You”