We get a lot of treats here at the office. Whenever anyone goes on vacation outside the country (or even inside the country) they often bring back some sort of edible tidbit or another for everyone to devour.

Recently Dmitri brought in some Маcсандра Crimean dessert wine, which ranks pretty highly in terms of treats. For some of us, anyway.

Dmitri is originally from Moldova, a place that had its own run in with the Soviet Union back in 1990 or 91, so I’m sure he has an opinion on what’s going on in the Ukraine/Crimea right now.

In fact, he was kind enough to update the wine bottle with a new location… 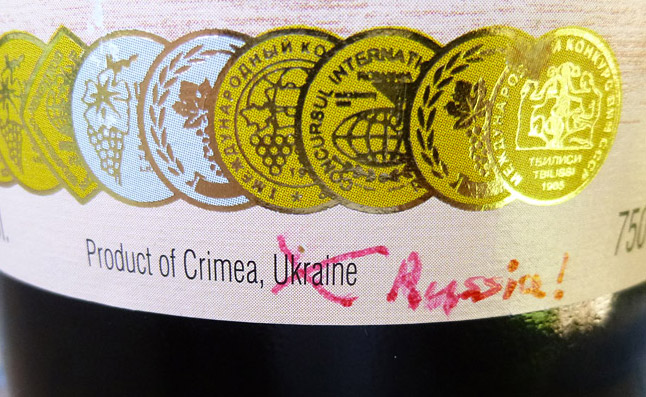 One thought on “The politics of dessert wines”