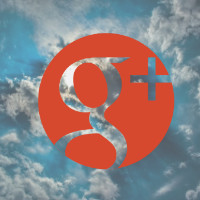 Google+ always was two steps behind in the social media space. Google’s late to the game entry into the social media tidal wave always seemed an afterthought with both Google and users. Early evolutions of the service always felt more of a correction to the service than an enhancement. So to hear Google announce that they were shutting down Google+ was only shocking in that it took so long for them to finally get to this point.

Google+ wasn’t Google’s first attempt at social networking, but it was the most widely pushed by the company. Launched in June 2011 Google+ was aimed squarely at the rising influence of Facebook and Twitter. Google built Google+ to tie your social actions to other properties within the Google network. Meaning instead of sharing that YouTube video on Facebook, you would share it on Google+ thus keeping everything within the Google network. Google+ and it’s “+1” feature also showed positive ranking affects within search indexing on Google and Youtube, meaning sharing and giving a “+1” to something could possibly help with your search ranking. Google would regularly deny that G+ had any search ranking influence, but SEO and Marketing experts would point to their own analytical data to contradict Google’s claims.

But Google+ was late to the game. Facebook and Twitter were both firmly established, in what was already becoming a crowded social media space. Google+ never gained enough ground to justify regular usage from users or businesses. So when Vic Gundotra, the person who championed the creation of Google+, left Google in April of 2014 it was seen as the beginning of the end for Google+. In October of last year Google announced the consumer version of Google+ would be shutting down August 2019. Then in December 2018 Google moved up the shutdown to April 2, 2019 when they reported that a Google+ API update exposed customer data for 6 days before it was discovered.

Many of you know that we were early adopters of Google+, with our own Google+ pages and even experimenting with Google Hangouts. Google+ at one time seemed like it might become a social network for more of the tech focused crowd and we saw that reflected in many of the interactions we had with users on Google+. But over time it became clear that Google+ was an afterthought within Google and with many users. If you haven’t noticed yet, we have slowly removed many of the links to our Google+ pages and the Google+ integration within our forums. The Google announcements in October and December helped to validate what we were seeing, that Google+ was heading to that great social network in the sky.

Visit DiscountASP.NET to learn more about our ASP.NET hosting services .