Four years ago we showed you a Presidential election map and a nifty pie chart demonstrating a pretty close correlation between the percentages of the electoral votes and our American customer distribution.

Florida is still too close to call as they like to say, but even without it, you can see that our customer distribution continues to correlate pretty closely with the electoral vote distribution. We were six points away in 2008, and we’re about 8 points away this year. That could change depending on which way Florida flips.

What does that tell us? I don’t know if it tells us much of anything, but it’s a good excuse to put up a cool map. 😉 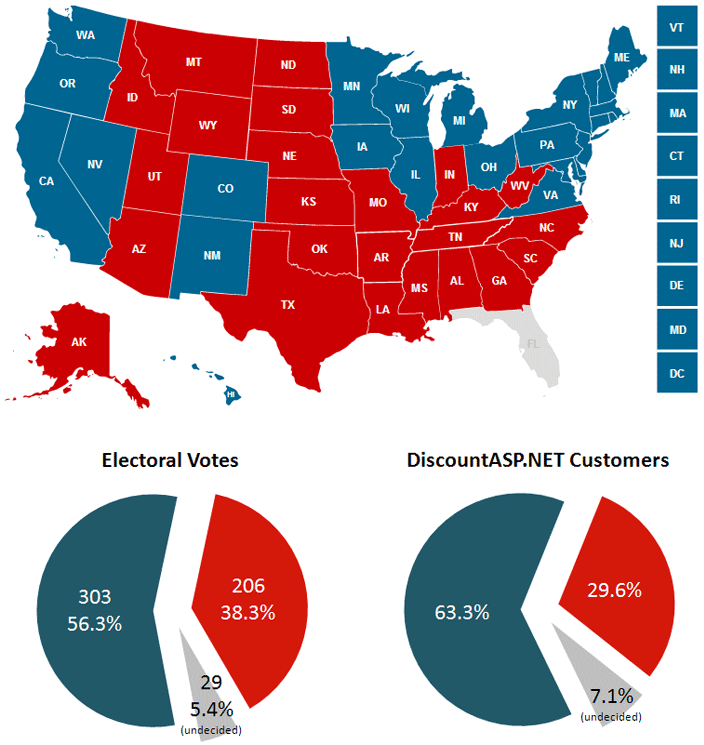