The following analysis is based on DiscountASP.NET’s survey conducted in March 2013. To gain some insight into our customers’ mobile application download behavior, we’ll look into data from our USA-based customers. We had 840 responses from the U.S. which represents about a 6% response rate.

In the next section, we observe the differences between these two groups in their mobile application download behavior in terms of application acquisition and spending. 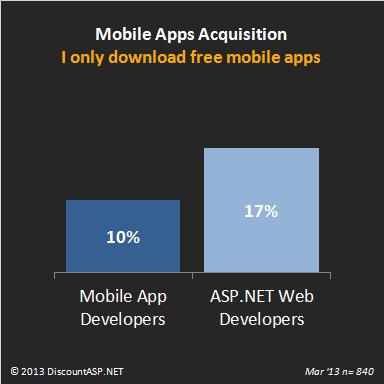 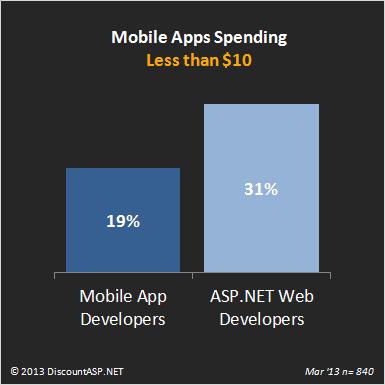 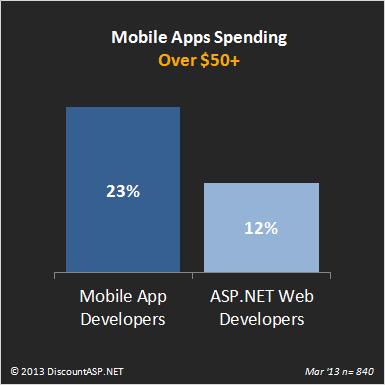