DiscountASP.NET opened its doors in 2003 (yes, we’re in our 10th year now, so get ready for a lot of 10 year anniversary hoopla next year!), but people often ask us, “How long have you guys been working with Microsoft web technologies?”

The answer is, about this long: 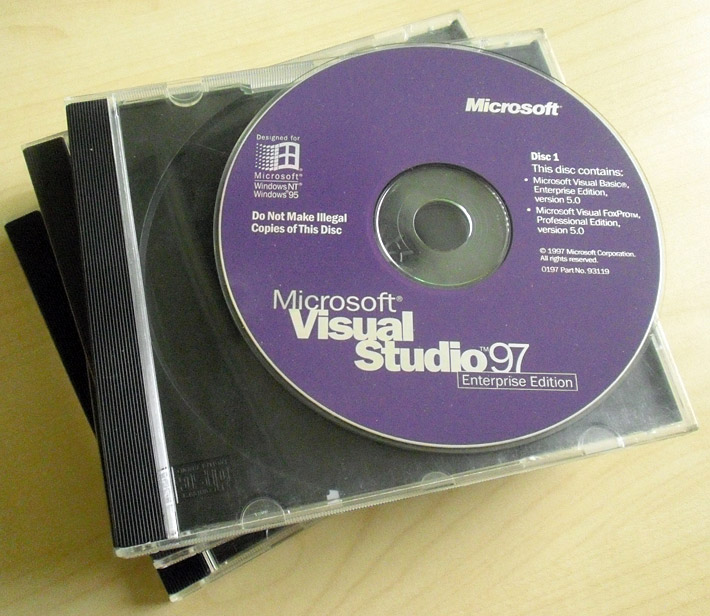 Our Director of System Administration, Victor, found these when he was cleaning up some old junk in the office server room.

The discs include such cutting edge gems as VB 5, Visual FoxPro 5, Visual InterDev, SQL Server 6.5 and other dusty relics of the not-so-recent past.

When I asked him why he kept them, he simply said, “Well, I didn’t want to just throw them away!” Then he let me know that he had software that was a lot older if I wanted to see it.

I’ll stick with my fond, fading memories of the horrors of trying to provide first-class commercial hosting on IIS 3.0 and NT 4. I don’t need a scratchy old disc lying around to make the painful memories more vivid. 😉

To those of you in the U.S., happy Thanksgiving!

One thought on “How long have we been doing this?”