You may have noticed that there were a couple of outages last week, related to moving all of the hardware in our network to a new, larger space in the Los Angeles data center (and if you didn’t notice, forget I said anything).

A large-scale move like that is a major, unusual occurrence, and probably (hopefully!) a one-time thing. For a major move like that, you may have expected some brief periods of downtime related to it.

But we’ve been successfully preventing and avoiding other types of global outages for some time now (not to jinx anything), though individual server outages are still something that happens from time to time. In fact they’re scheduled to happen every month when we do Windows updates.

I know that a lot of you notice when there is an outage, because I talk to you about it here, on Twitter, Google+, Facebook, in the helpdesk, standing in line at the movie theater, at stop lights on my way in to the office…

I hear what you’re saying, no one likes an outage, and we take them very seriously around here. I know that many of you rely on us to provide service to your clients, and when there’s a problem, they rattle your cage, not ours.

But our goal here is to be honest in all of our communication with you, and honestly, things are going to fail. We’re going to have occasional problems. Some small, some large. And as a result, your web site will not be up 100% of the time.

And while it may be a little strange to see someone from an established website hosting company saying it, it really shouldn’t be too surprising. It’s the reality of the situation. Hardware fails, networks fail and humans fail. 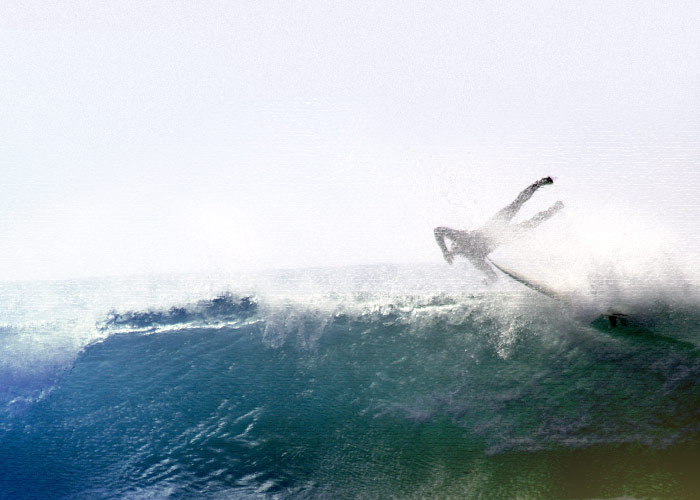 For what it’s worth, I think we do provide nearly perfect service

Nearly. But it can’t work 100% of the time because there are a million variables at work here every minute of every day, and we can only control about 999,000 of them.

I’m speaking for us, here at DiscountASP.NET, but what I’m talking about applies to every service that you use. All of them. On the Internet (it’s difficult to think of a single online service or utility that hasn’t had an outage in the past six months), in your home, in your car, on the train – pretty much everything you rely on to always be there – it’s all going to fail at some point.

Considering the complexity of the network that is the Internet, and the interconnectedness of thousands of different kinds of hardware and software, it’s really kind of a minor miracle that it works as well as it does. But no one – ourselves included – likes an interruption, even in their miracles.

Whenever there is an incident that affects a lot of you (or all of you – like a major DDoS), we spend a lot of time after the fact analyzing what went wrong and determining how we can prevent or better react to something similar in the future. That’s time well spent, because every improvement we make, large or small, has a positive impact on the quality of the nearly perfect service we provide to you.

We also spend a considerable amount of time and money preventing and mitigating problems before you even know they’re happening. Network monitoring, intrusion and exploit detection, hardware and software retirement and migration – it’s an ongoing process, and we constantly tweak and improve all of our processes. And by “constantly,” I mean every single day.

But the major improvement we’ve made isn’t actually on the DiscountASP.NET platform

It’s the introduction of a completely new platform at Everleap.

That’s our cloud hosting system built on Windows Azure Pack. It’s all of the good parts of the big cloud combined with the good parts of traditional hosting. Meaning the resilience, redundancy and flexibility of the big cloud, but with the inclusion of a lot of traditional hosting services that you’ve come to expect, but cost extra at the large cloud hosts: email, databases, SQL Reporting Service, usage stats, SSL, DNS, expert, in-house tech support, etc.

What makes Everleap different is that it is much more fault-tolerant than a traditional server set up like we have here at DiscountASP.NET. If an Everleap server goes down, all of the traffic for those sites is routed to a healthy server within seconds. That technology also allows us to do Windows server updates with no web server downtime. Something that’s impossible on a traditional Windows server.

That alone is pretty cool, but you can also run your site simultaneously on multiple servers that are automatically load balanced, increase resources like memory and CPU much more easily, and even get Reserved Cloud Servers and Managed SQL servers – all the resources of a web or SQL server dedicated to a single user. Reserved Cloud and Managed SQL are like having your own server – no unruly neighbors to drag you down – but without any of the maintenance headaches that come with a VPS or dedicated server.

If all of that sounds like a sales pitch, it is! A little bit. We really believe that Everleap is the future of web hosting, and we want everyone to benefit from the advances. Now I know that some of you are probably wondering, “If you believe in it so much, why didn’t you just replace the DiscountASP.NET platform with the Everleap technology?”

And the answer is, we seriously considered it. But it would have been unnecessarily disruptive for a lot of folks, and we feel that there’s still a place for a traditional hosting platform. So ultimately we decided to offer Everleap on its own so that everyone who enjoys DiscountASP.NET just the way it is, thank you, can remain right where they are. Choice is always good.

But if you’re outgrowing the traditional hosting platform, or you just want the speed, flexibility and greatly improved uptime of the new platform, you may want to give Everleap a try. It’s free for 30 days, so you’ve got nothing to lose. If you like it, we’ll even help you move and apply any credit remaining on your DiscountASP.NET account to your new Everleap account.

The future is now! Come on over and see it for yourself.