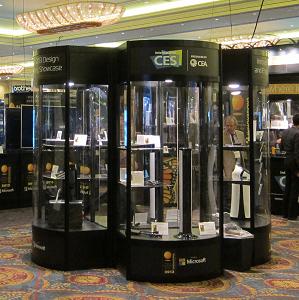 I was excited to attend this year’s Consumer Electronics Show (CES) for the first time and while I came back with mixed feelings, I will go again if I can. The conference was definitely over-capacity with enthusiastic attendees. It’s been a long time since I’ve been to a conference that was so packed.

But many technology watchers, analysts, and big companies ignored this year’s CES. Microsoft, one of the longest-running CES anchor sponsors with high profile Keynote duties, decided to pull the plug in 2013 and opt for sponsoring one small part of the conference. CEO Steve Ballmer did end up participating with a cameo appearance during a Qualcomm CEO Keynote, but the only Microsoft banner that I saw in the exhibit hall was at the Innovation showcase.

This is one of the reasons why many have asserted that CES is not relevant anymore. In the past, CES always served as the venue to launch new products but in recent times large companies are electing to host their own conferences to launch products and control their message.

So you may ask why people go to this “non-relevant” conference -– after all, you can stream the keynotes online, many large companies ignore the conference and launch their products with their own shows, and other companies announce their products prior to CES.

CES may have lost some of its prior status, but I think all of these trends are allowing more of the smaller startups and companies outside of the well-known computer/software industry to have the potential to shine as people are eager to check out what’s going on with these other companies. And of course meeting people and actually touching the devices you may have previously only heard about or seen online is also a main driver. 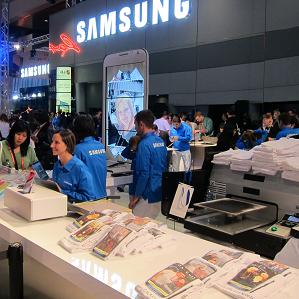 For me, while I had already heard about the Panasonic Ultra High Definition Television (4K OLED) with a 56 inch screen, it was sure fun seeing it in person.

I already know that many household products are becoming Internet-enabled, but it was still fun to see the LG and Samsung refrigerator that can spit out recipes. It was interesting and unexpected to see the hardware store Lowes getting into the action with Internet-enabled security products.

Some of the most interesting products were related to health care.  There were wrist watch/band monitoring systems that communicated with the Cloud and allowed the consumer to access their health data through apps on their mobile phones.

Being my first time at CES, I didn’t know what to expect. I left with mixed feelings because I didn’t have the sense of excitement that I wanted to feel — like when Steve Jobs makes product launch announcements — but I still had a great time seeing and touching all the devices and some surprising innovations from “non-Google-Microsoft-Apple” companies. I left feeling inspired.

It was great seeing first-hand how different “non-phone/tablet/laptop” devices are increasingly becoming Internet-enabled and that the communication and data has to live someplace — and that would be at a host. So to see that the hosting industry is playing a increasingly bigger role in people’s lives makes it even more exciting to be in the hosting business.