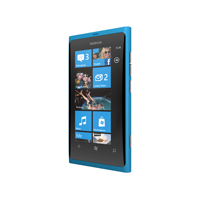 Mary-Jo Foley reports from Nokia World 2011 that Microsoft and Nokia has partnered to get 25,000 Windows Phone 7 devices into the hands of mobile developers. Looks like they will be doing the giveaway at about 1,000 local events between now and June 2012. So if you are developer who is planning to – or wants to – develop Windows Phone 7 apps, make sure to keep an eye out for events near you and you may be able to get your hands on one of these phones.

(The image is one of the new Nokia Lumia 800 phones unveiled at the Nokia World conference. It may or may not be the phone that Nokia/Microsoft will be giving away.)